A Swedish fighter plane has crashed in the southern part of the Scandinavian country after colliding with a flock of birds.

The pilot ejected from the aircraft and has been taken to the hospital, according to reports. The fighter jet crashed near Karlskrona — 160 kilometers of Malmo. 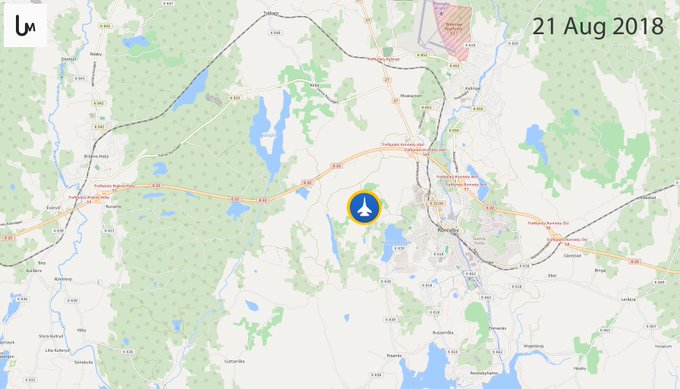 A Swedish JAS Gripen fighter plane has crashed in southern Sweden’s Ronneby after a collision with a bird. The pilot ejected and is being taken to hospital for a checkup. https://avia.liveuamap.com/en/2018/21-august-a-swedish-jas-gripen-fighter-plane-has-crashed … via @radiosweden

Sweden’s Armed Forces while informing the public about the crash said one of  its Jas Gripen jets crashed after the unexpected bird strike.

“The pilot bailed out and he has apparently waved at the rescue helicopter and he seems to be okay at least. We don’t know much more at the moment,” spokesperson Johan Lundberg said.

The pilot was transported to the hospital, although his condition is reportedly good “under the circumstances.” No one else is believed to have been injured in the accident.

Saab JAS 39 Gripen is a Swedish multi-role fighter of the fourth generation developed by SAAB Avionics.

Copyright Naija News 2018. All rights reserved. You may only share Naija News content using our sharing buttons. Send all news and press releases to newsroom@naijanews.com.

A Passionate Media professional who has a penchant for creative writing. he loves watching Movies, Playing Games and sight seeing.